In this day and age, times have evolved in such a way that a child is no longer a child. When they should be skipping rope and trying to swing higher than their friend on a swing set in the part, they are participating in athletics and other similar things that would ensure that they have a better shot a living a good life than their peers. In lieu of that, here are a few pressured faced by an average child today. You can know the Pressure Faced By an Average Child Today. 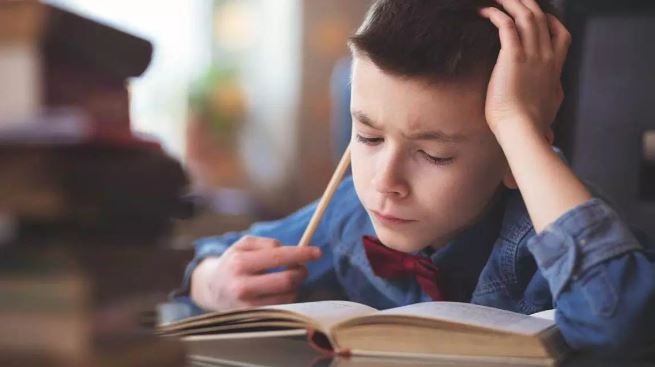 In this time and age, it is more like that teens are paraded around by their parents like show horses than their children. They get together at dinners and parties and discuss what their child is doing and how good he or she is at it and show them off in such ways that will make any child in the vicinity gag by a load of ridiculous things being thrown around. In an attempt to have their horse, in this case, their child be better than, say the neighbor’s child, they have their child do things that make no sense at all.

They want to have a brainiac for a daughter who is going to be a doctor some day and do ballet in a way that could put a prima ballerina to shame. Similarly, they want a star athlete as a son who could be able to juggle figure and numbers like no one’s business in the engineering world.

Children, no matter the age, want to shine among the company they keep. They want to be relevant socially and otherwise. They need to a backup system among their peers that would support them in ways that their parents can. Teenagers need someone to look out of them among their peers and have friends that they can count on. Unfortunately, instead of having people their age to fall back on, they have to face all sorts of pressures on this front since teens and tweens are getting too judgemental and bullying their peers into submission in order to stay relevant instead.

A child needs to succeed at everything that they do. They need to succeed at school in order to stay ahead of their peers and they need to stay on the top of their game in order to get into an Ivy League School and get their academic career begin on a high note because when it does, it ensures that they will have a better chance of earning a six or seven figure salary and living a better life than their peers. This is also the added pressure faced by children of today. Instead of playing and living their best life as a child, these kids are studying and saving their nights away on making sure that they get to the top and stay on the top and to ensure that they are able to secure a good life for them and their families.

A child is plagued by all sorts of dangers in this day and age, a day and age that was supposed to be better and more secure than the ones before in incomprehensible ways. Their existence, safety, well-being and peace of mind is not only threatened by kidnappers, murderers, stalkers, pedophiles, and rapists anymore, but also by their own peers, friends and even their very own family at times. They are more at risk of suffering from social torture courtesy on bullying that goes on online which has to lead to the death of these teens via suicide. While it is an added pressure on these people and their families, their desire to stay safe and get rid of that constantly hanging sword over their heads is all the more important today than it was ever before.

The number of pressures a child faces these days is innumerable. Although they are in that phase of their lives where they should ideally be allowed to be as carefree and as free-spirited as they would like to be but unfortunately the race to the top has left them living their lives much like a cyborg than an actual, real, live person. While the pressure to work hard will prove good for the child is the long run, a parent can do a lot to make it feel like a fun thing to do rather than a pressure.

They could start by putting an end to comparing their children with other children. It makes them feel inferior and bad about themselves and can put a strain on your relationship with your child. Furthermore, you can invest in parental monitoring application to ensure that you child has the freedom that they deserve and at the same time are completely safe from harm’s way.

Angelica Dowson is an author, and content manager at TheOneSpy. She entirely fills in with deep research on cyberbullying, trolling, employee legal facts, social media and Instant messengers. You can follow her on twitter @angelicadowson2

Must Do Things : Home Loan Prepayment And Closure Procedure

How to hunt for best Black Friday 2016 Shopping Deals